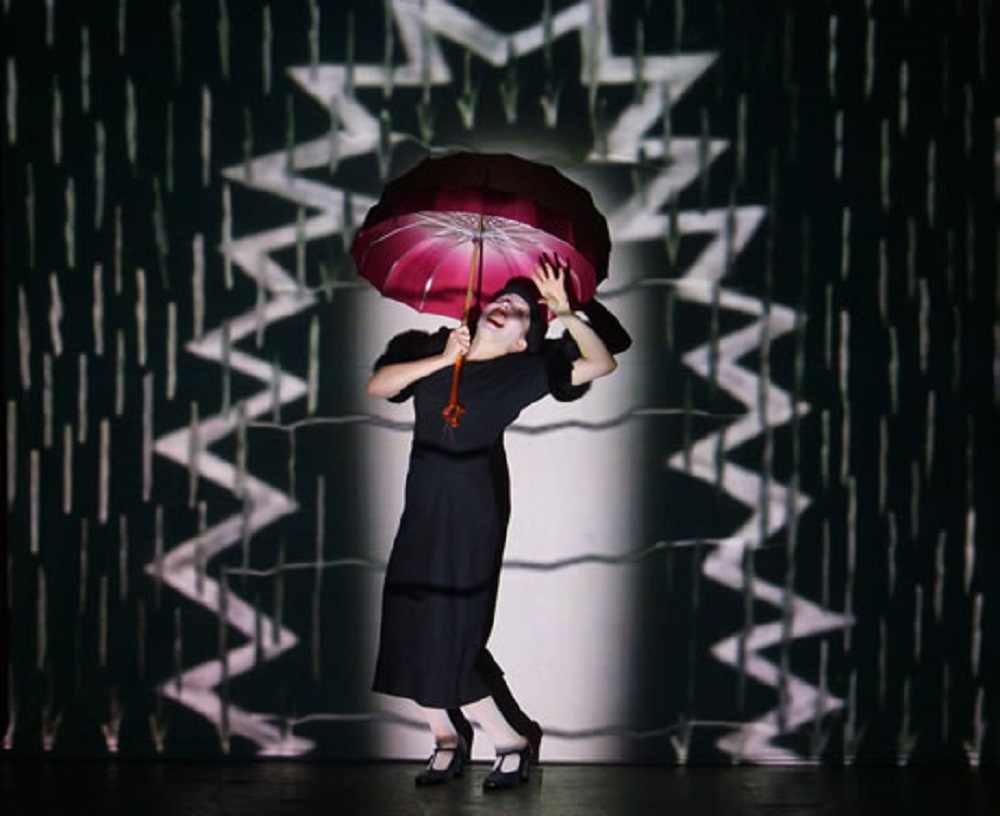 1927: BETWEEN THE DEVIL AND DEEP BLUE SEA

A DEVILISHLY GOOD PERFORMANCE!
Between the devil and the deep blue sea is the first performance created by the group 1927. The performance has impressed both critics and audiences. 1927 are acting with live music, animation and film inspired by “old forms”: silent films, ball room dancing and singing at the piano… Between the devil and the deep blue sea traverses the landscapes of black and white silent films with excessively dramatic mime and gestures, in order to compensate for the lack of words. The performance is a brilliant amalgam of the bizarre and funny, where the scenes are like images from a wonderland of evil twins, big cats and the devil in various disguises. Actors are swallowed up by movies, where they sink into the screen and disappear behind it, reappear on the stage and screen and are accompanied by live piano music which serves as a sound landscape on the journey from the devil to the deep blue sea. The New Yorker wrote that this performance “sends you into the night with a wicked smile.”