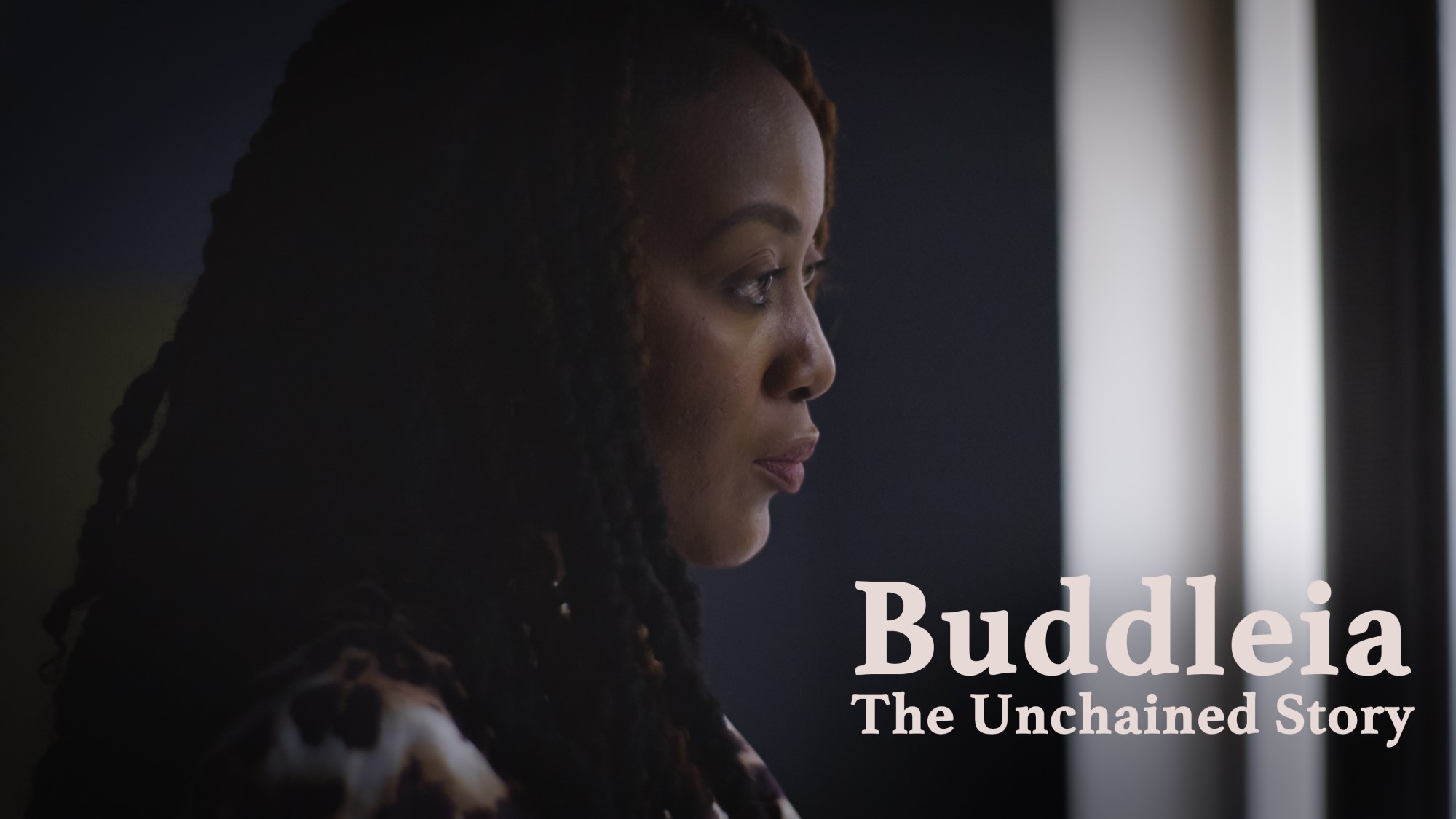 In English with Slovenian subtitles

Buddleia: The Unchained Story is a film about Brenda Birungi, also known as Lady Unchained – poet, performer and advocate for life after prison. The documentary traces her experience of becoming an artist, and her own life after prison, through conversations with people who have been part of this journey. While some have experienced the criminal justice system, all have benefited from support from Lady Unchained. We see the positive impact she has had in their lives by encouraging them to use creativity to bring their own stories to light.

In Tracy Kiryango’s documentary, Lady Unchained returns to HMP Holloway Prison, revisiting the cell she was incarcerated in as well as the chapel, both spaces that marked a major turning point in her life. The prison grounds are now closed and overgrown with buddleia; the plant fills the empty space, reminding us of the butterflies of which they are associated. Brenda Birungi reflects on the memories of those who were freed through death and those, like herself, who went on to begin new lives.