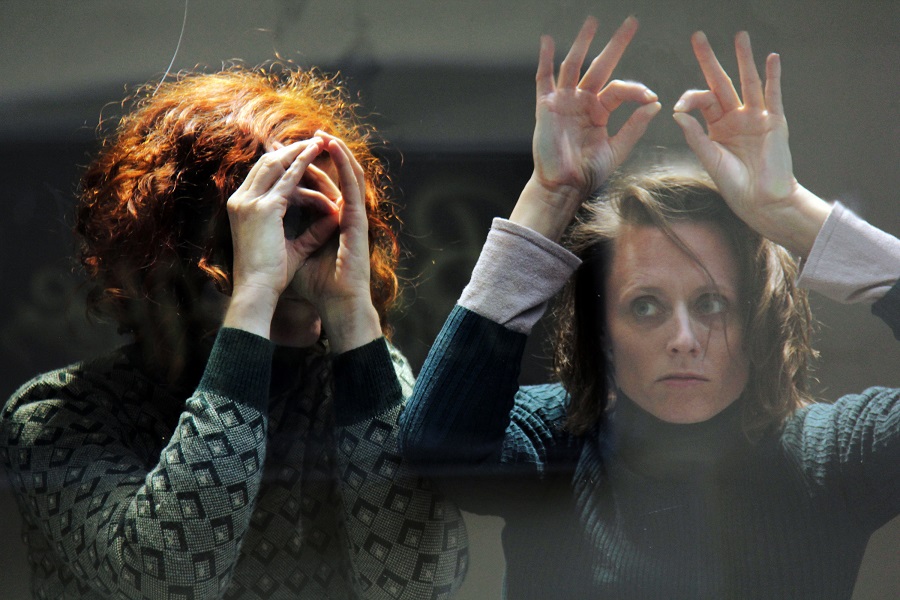 Open rehearsal – The study group that joined Snježana Premuš in various parts of the Time in the View from 2020 process will open its doors to the general public on Sunday after 4 days of intensive workshops, where you can see the work on the repertoire. We also get an insight into working on the same score / etude with another team of people, and this opens up a socio-anthropological insight into the workings of choreography as a practice.

The event is followed by a talk and a short dance film.

The performance presents the operation of a group that draws on movement as a process that begins deep in the body, beyond anticipated body codes and shapes. We are confronted with recognizable signs and their imperceptible occurrences, which the performer and the viewer follow each from their own side in a spatial-temporal continuum. “Every new motif is formed through a process, through time, and thus observation becomes a process, too.” Snježana Premuš

The original project is part of the Creative Crossroads programme (Cycle 1) within the Long Life Burning programme (EU Creative Europe programme).
The project is supported by the Ministry of Culture of the Republic of Slovenia and the City of Ljubljana.