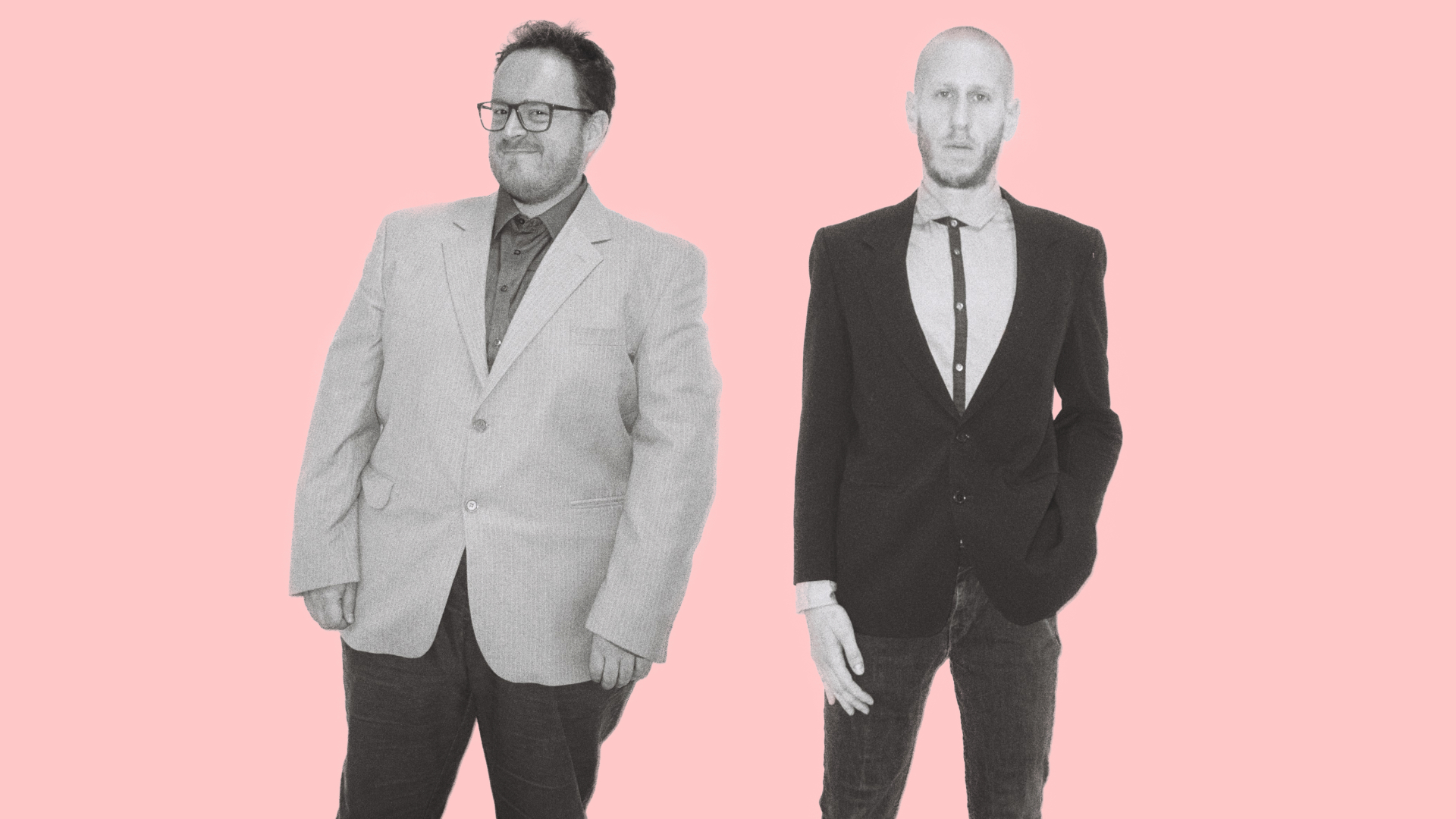 “Everyday life can positively surprise us or relentlessly crush us. Coincidence or fate? Well, it doesn’t matter. We are where we are. And instead of being burdened by the imminent, let’s focus on the things we have influence on.”
Vid Sodnik

The performers Juš Milčinski and Peter Frankl, together with the musician Urh Mlakar, step into the stories of two people who have had a hard life. Each of them faces the tragedy in a different way – by thinking and rethinking, by searching for consultations, by writing and, last but not least, by singing. When emotions are too strong to be expressed in words and movements, they turn into melody.

Juš Milčinski is an improviser, actor and producer, co-founder of IGLU Theatre, which is celebrating its 10th season this year. Juš works as an improviser and pedagog within the IGLU Theatre, as an actor in the tv show Osvežilna fronta and as a host of the tv quiz show Male sive celice. He is one of the most active producers in the field of improvisational theatre in Slovenia and occasionally works as a director of theatre performances for young people. As an improviser, he visited many impro theatres in Europe and North America.

Peter Frankl is an improviser, musician, dancer and performer, co-founder of the IGLU Theatre. He works as a teacher, actor and performer in theatre productions and in the tv show Osvežilna fronta on RTV Slovenija. He is well-known for his work within the music band SBO. As an improviser, he has visited many festivals in Europe and North America.

Urh Mlakar is a rapper, improviser, actor and versatile musician and music producer. As a rapper, he works under the stage name UM, either as a solo artist or as a part of the freestyle rap duo UM & Kuna. As an improviser he performed in the High School Impro League and at the Maestro shows. As an actor he often participates in productions for children and youth at Pionirski dom.

Vid Sodnik is an improviser, actor and director, co-founder of the IGLU Theatre. He is one of the most internationally active improvisers in Slovenia. As an actor he works in the tv show
Osvežilna fronta on RTV Slovenija. He also directs performances with Slovenian youth groups in Carinthia, Austria.

FOR THREE SHOWS IN THE EVENING: 12€ / 8€ (students, seniors) – reservations at info@bunker.si