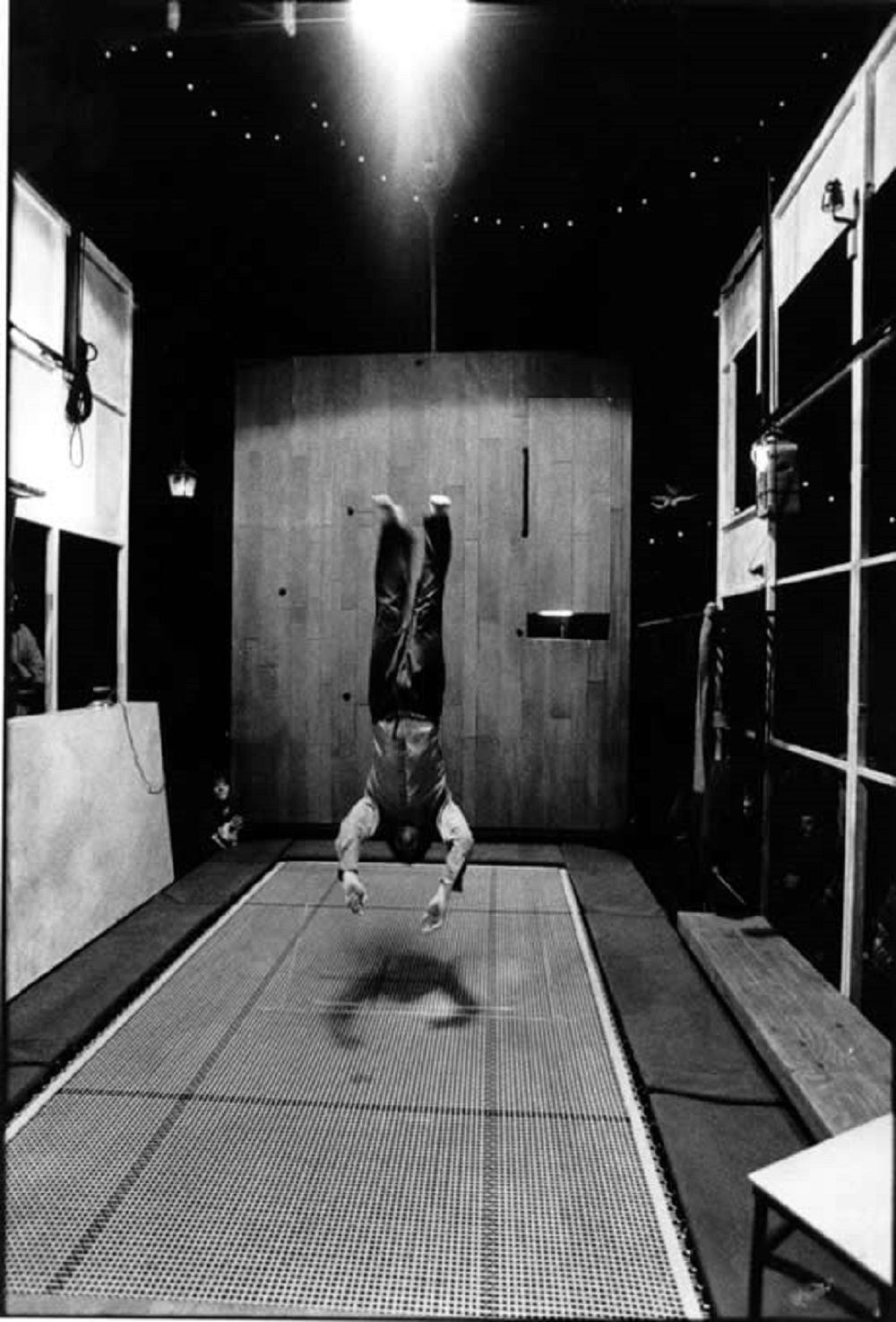 AN ACROBAT OF TRANQUILITY
Mathurin Bolze is a contemporary circus performer. His medium for the performance Fenetres is a trampoline. But this performance is quite different from the usual circus spectacles with clowns and caged tigers. Bolze is so interesting because he finds in his acrobatic feats even more peace and tranquillity than in a static state. Fenetres is Bolze’s meditation of movement within a space with strictly defined lines. He doesn’t mesmerize audiences with acrobatics, but with refined movements, as he can preserve both peace and also dramatic tension under the ceiling. The trampoline is incorporated in the space, not as means or a tool but as a natural part of the space itself. The walls of the set design, which resemble a small house, become only the frame within which spectators lose their sense of orientation. Fenetres is based on a story regarding a young aristocrat, who moved to a small tree house in order to oppose his parents. In this little “house”, Mathurine carves his solitude with fluid movements across all the walls of his temporary world.
Mathurin Bolze is a representative of the French school of contemporary circus. Among others, he has worked with Joseph Nadj, Anomalie Company and François Verret. He created his last two performances, the solo Fenetres and the performance Tangentes, within his own production company.