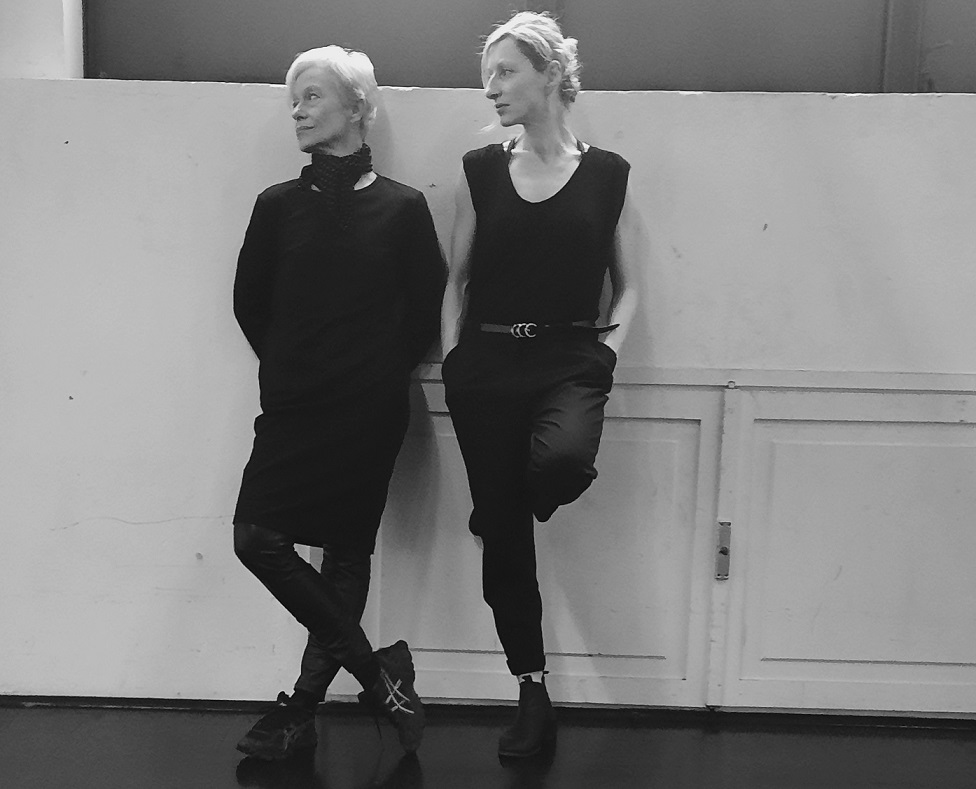 After the duet Forma interrogativa from two decades ago, Preludes and Fugues is the second joint performance of Mateja Rebolj and Magdalena Reiter. It was created as a dialogue between two mature dancers and choreographers, their performative and personal history, and the music of Johann Sebastian Bach. Seven selected preludes and fugues from The Well-Tuned Piano collection create a structure for exploring the emotional dimensions built through rhythm, harmony, body architecture, counterpoint.
The compositions in Bach’s collection are set in pairs of preludes and fugues. Both in music and in the stage design of the performance as a duet of two equal authors, these pairs are not intended to unify. The dance structures in the performance are rooted in the idea of counterpoint, but do not always and directly follow Bach’s musical structures. The movement and performance language is built on the principle of polyphony and counterpoint, whose interlocutors are both music and silence, the presence of the Other, and time.

The aspect of performative time coincides with the concept of time, which is also inscribed in Bach’s compositions. The prelude is an introduction, the opening of a new theme, and the fugue is a development, an upgrade, a polyphony, which is at the same time an evolution of the theme from the prelude. Thus, these two musical forms complement each other, but they can also be metaphorical reflections of the historical or life cycle.
Every body, and most notably the female body, is a place where personal experiences, culture, society, collective and private memory collide and intertwine. The juxtaposition of two dancers at different ages thematically addresses the issue of a body marked by time. Over the course of time and with each singularity, life motifs develop and progress, but eventually, all bodies are recycling the same themes.