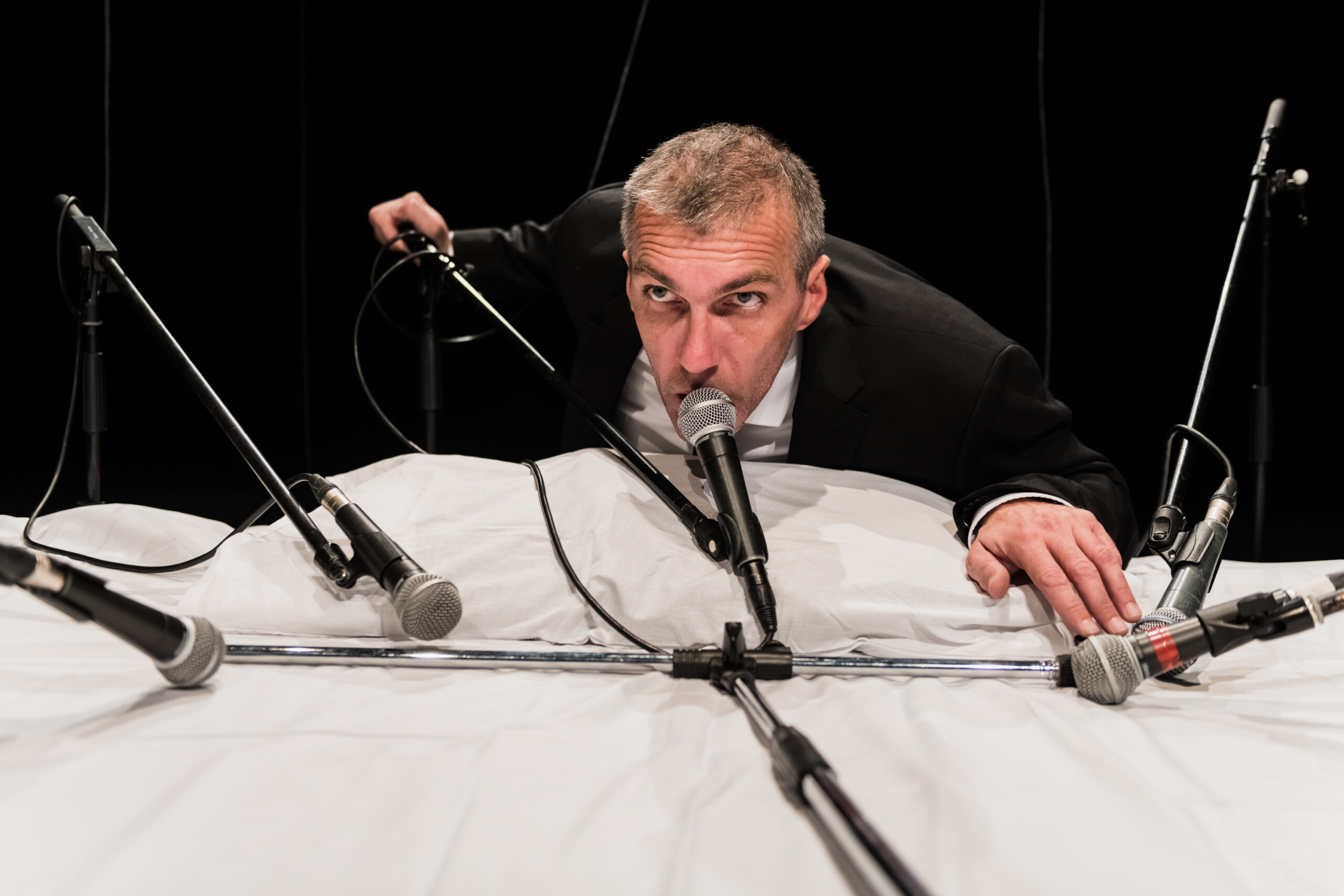 You can use the HEARING LOOP at the event. Please switch your hearing aid to T-coil.

The performances will be accompanied by the CONTEXT, an installation, which will be open for public on 17th and 18th February from 7 pm – 10 pm.m in the Kitchen of the Old Power Station.

The performance on the 18th February will be followed the Audience Council, a discussion about the performance, moderated by Katarina Stegnar.

Fifteen years after The Last Egotistical Performance and five years after The First Altruistic Performance, director Mare Bulc returns to the stage for his third original project, Via Mama. Just as his first solo was not really egoistic and the second not altruistic, so the third one is only partially tied to the initial connection between the theatre group Via Negativa and the author. After being invited to use old texts to create a piece for Via Negativa’s 20th anniversary, Bulc soon discovered that the material led him (once again) into self-referential waters. In a performance that he describes as stand-up, Bulc grapples with his primary (theatrical and familial) socialization.

„Mare Bulc is a good storyteller. The stories are precisely structured, stripped of all superfluities, and so is the interpretation. Without acting climaxes and anticlimaxes, without raising his voice, he maintains sustained tension with a cool, distant tone and style. This is relieved in appropriate doses by ironic “group scenes”… Via Mama’s solo performance has everything that every Via Negativa project should have: a reduction to basic performance elements, a demonstration of collective processes of creation, a subversion of the creator’s own position and a subversion of the spectator’s position. A spectator who knows that the performance does not allow her to be certain. A spectator who therefore allows for the possibility that the mother in Via Mama has no relation to the performer’s mother, nor to the mother of his colleagues, but is a completely non-mimetic construct of traumatic formation.“ Petra Vidali, Večer