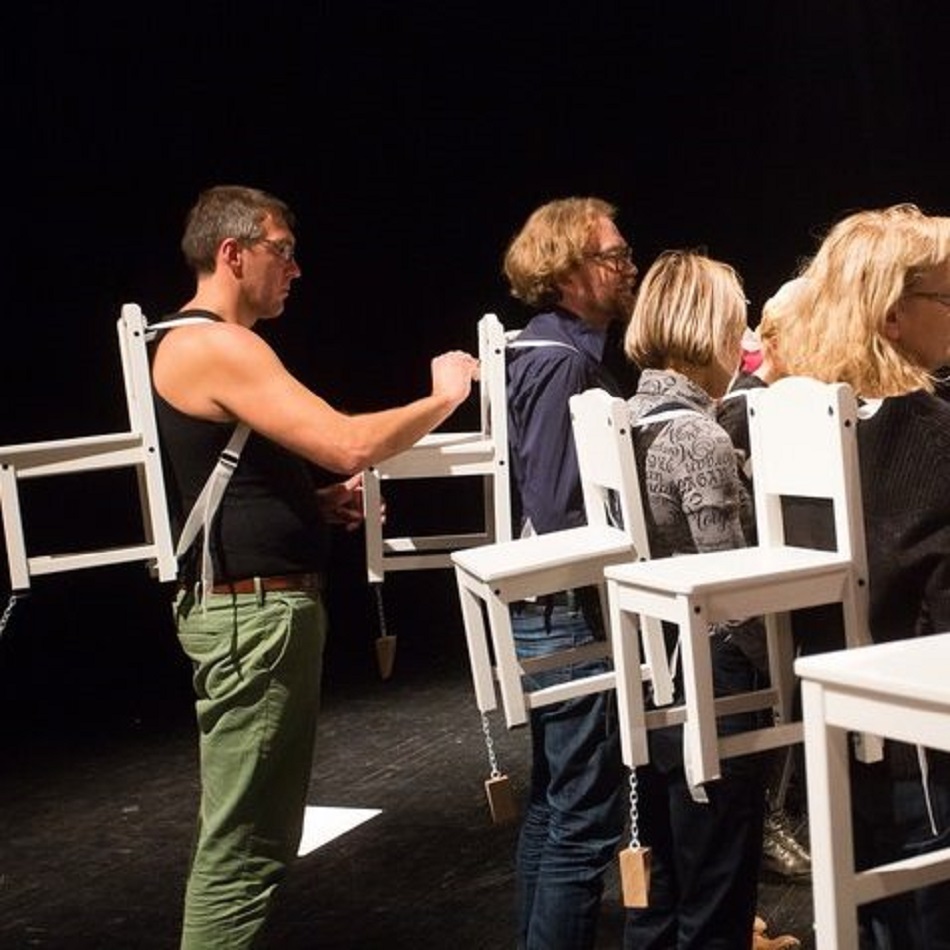 Although Bulc decided to make a performance about altruism, he did not invite his colleagues to join him. He wanted to do everything by himself. And he did. And in the end, he also collected the fees of the potential co-creators of the performance. One for everything, one for all! Does this seem altruistic?

“Altruism is defined as a behavior where one helps others without expecting anything in return.”
“Altruistic suicide is defined as sacrifice of one’s life to save or benefit others.”
“In the event of a loss of cabin pressure in an airplane, please fit your own mask before helping others.”
“In some human communities, it is typically the adults and the healthy who eat first. Any remaining food is then left for the children and the sick.”
“A chock or a wedge is a simple device, usually in the form of triangular prism, used for separation, leveling or firmly installing something.”