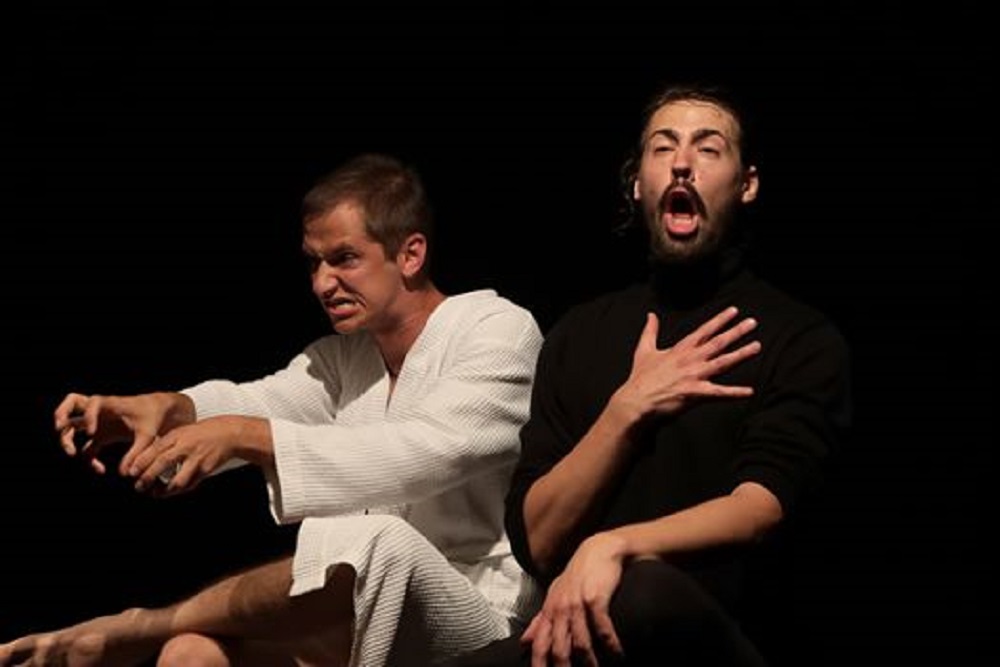 This »piece of investigation« has been started a while ago and has since been developed and articulated as a unique dialogue of difficult questions artists ask themselves during a creative process. According to the artists – how to embark on a journey together when the basic premises are not agreed upon? Must an actor justify his being on stage by conveying a message to the public? Or should he be content with the public not being terribly bored? ! is an original piece on creating and disagreeing. And perhaps on compromise.

Jan Franc Podbrežnik has (almost) graduated in Philosophy and Translation. He has been getting stage experience with Kolektiv ZIZ and KUD Transformator. He works as an announcer at Radio MARŠ and likes to slash deeds, words, thought and enthusiasm using the drive of his analytical mind.

Luka Piletič is a young theatre maker who currently performs in stage and street shows Za crknt, Road to Tadam and What Now? He has won the best newcomer and the best improviser awards at this year’s Theatre Sports. He has graduated from Ecole Philippe Gaulier, a French theatre school. He believes that the job of an actor is to have fun on stage and to share it with the public.