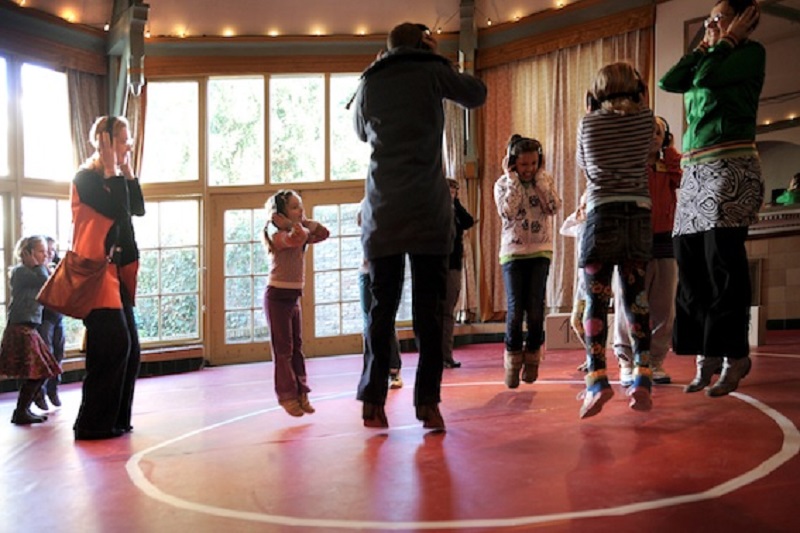 With her fourth appearance at the festival, we can really call Ivana Müller a Mladi levi artist. Every time, she succeeds in preserving her poetics, which is based on a dance‑theatre approach with a good sense of different narratives and humor, and with sophisticated ideas that often begin with a single thought, such as »how heavy are my thoughts«. At the same time, she is constantly reinventing herself and does not repeat. This time, she is visiting with a show for children.
The title of the play is suggestive, because the performance is indeed a score, though not a musical one. Using audio instructions, it guides the participating children (and occasionally an adult or two) through performing and at the same time watching the performance that they are creating themselves according to the »musical score«. All leitmotifs of children’s social games, which are almost absent from today’s courtyards, resonate in the play, as well as the emergence of certain statuses within groups; when groups are being formed, when common interests are being found, when it is necessary to make decisions: what are we, where do we belong and who is with us, whether we are scared of monsters or do not believe in them, what is our attitude towards the world – humor, cooperation, observation?

Performance is in Slovene. For children 7+.