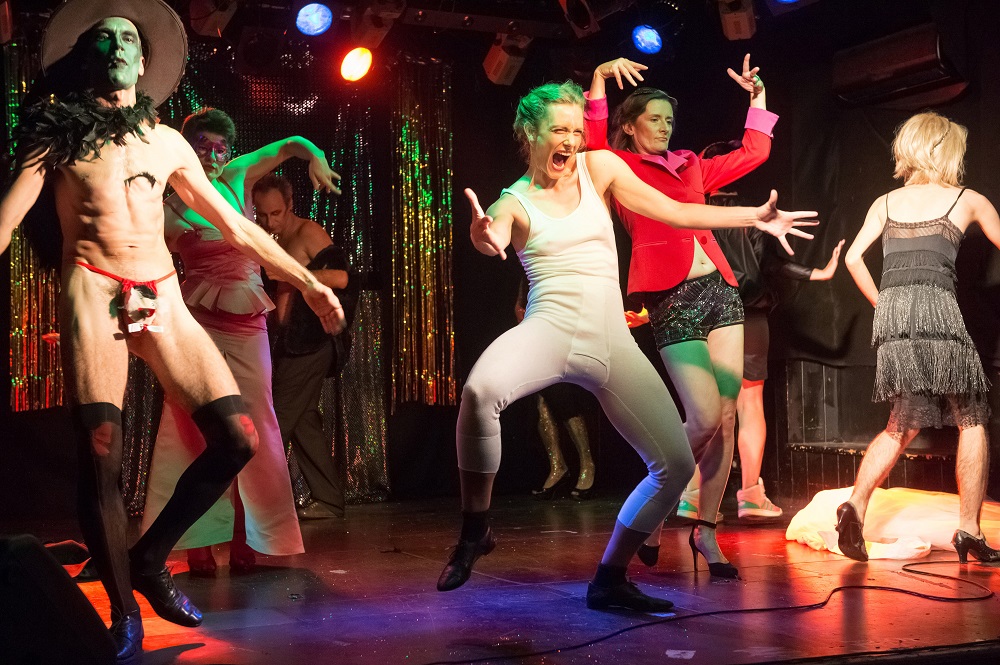 Technoburlesque is a mute comedy of the body that mocks rigidity of social roles. It uncritically appropriates, copies and glues together femininity, masculinity, family relationships, machismo and other degenerated social roles that are unrighteous considered to be normative. When Image Snatchers totally expose themselves — and remove their social dresses layer by layer — they do not find the essence, but realize that the essence is nothingness, and the performed travesties opium that makes living bearable. This amusing play in cross-dressing and their behavior are a result of great sexual and bodily liberation from social bands. Satisfied in eclectic noise of media images they stretch popular snap-shots and bite them to their unheard-of forms that provoke burst of laughter or despair. Image Snatchers don’t seek for meaning but pleasure. As pleasure is the hedonistic polish with which they smeared everyday objects and made something exceptional out of them. Technoburlesque is an intersection of (program/cybernetic) code and subjectivity; a laying bare of the physical and emotional body indivisibly bound up with the information matrix of contemporaneity.

“I am riddled with ambivalence. I am both the rule and its exception, the law and its outcast, the doctor and the hysteric, I cannot be one without the other. I do not reject the images that consume me. I become them.” (Mady Schutzman)