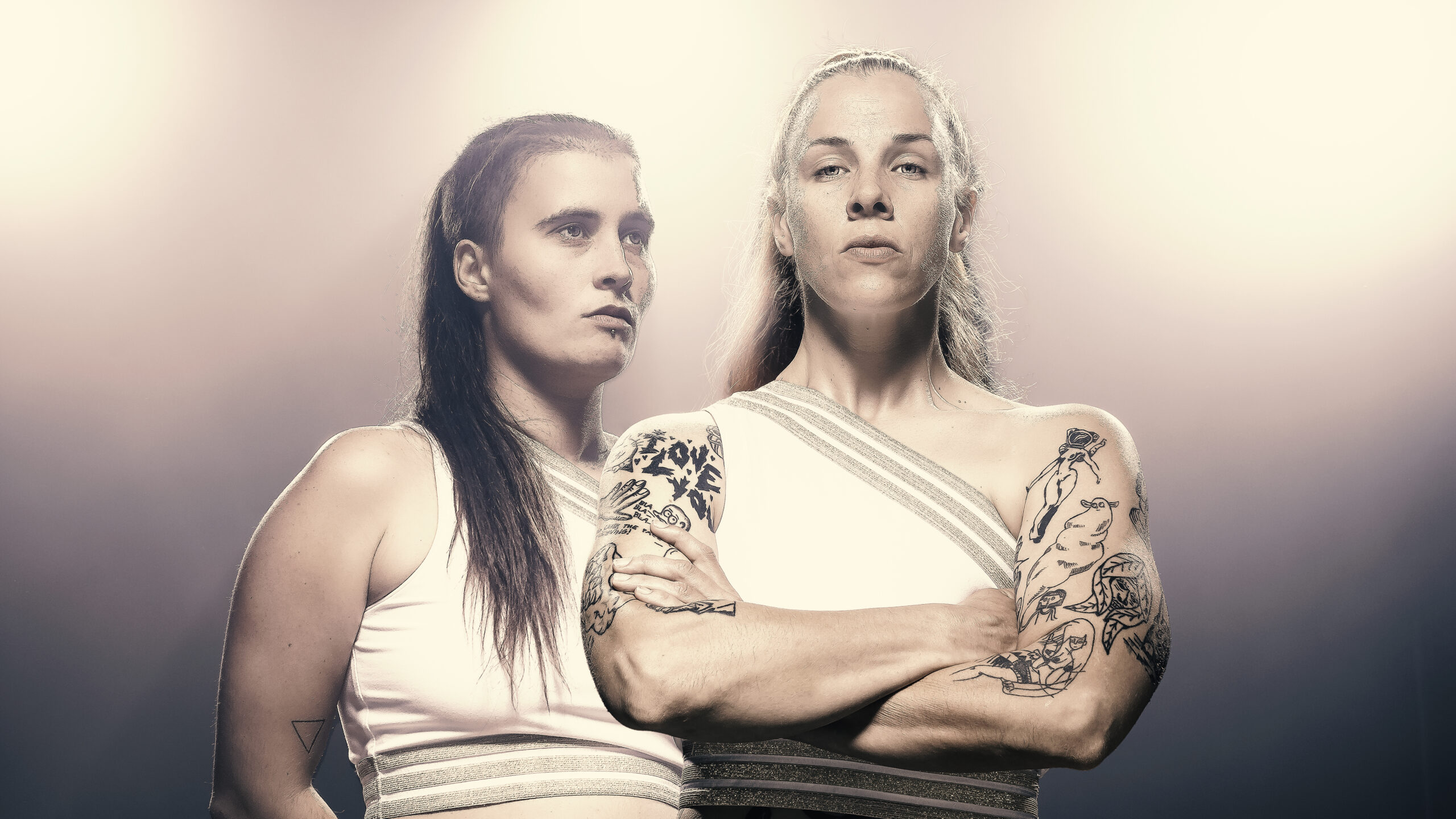 Welcome to the Clash of the Millennium, the show of your life, the spectacle of all things human and inhuman. You will be dazzled by the glare of bare skin, the sweat of the performers and the whiteness of their smiles. You will be shocked by the teeth knocked out, blood splattered, and broken souls. Taking pictures is allowed, filming is encouraged, posts on social networks are our food. Anyone who attends is part of the spectacle. Those who don’t participate don’t exist.
Showtime is a movement theatre performance about a mediatized world. About two individuals fighting for dominance in a world where only the winners are worthy of attention. Locked in an eternal conflict, they are not aware that victory does not mean freedom, since in a world where the lens of a web camera follows their every move, freedom does not exist. Showtime is also a performance about the driver of this spectacular clash, the announcer who announces a lot but says rather little. And about his own entrapment in the spectacle that drives him. Just like him, each of us is at the same time a co-creator of the spectacle and its victim. Showtime is life. Life is Showtime.