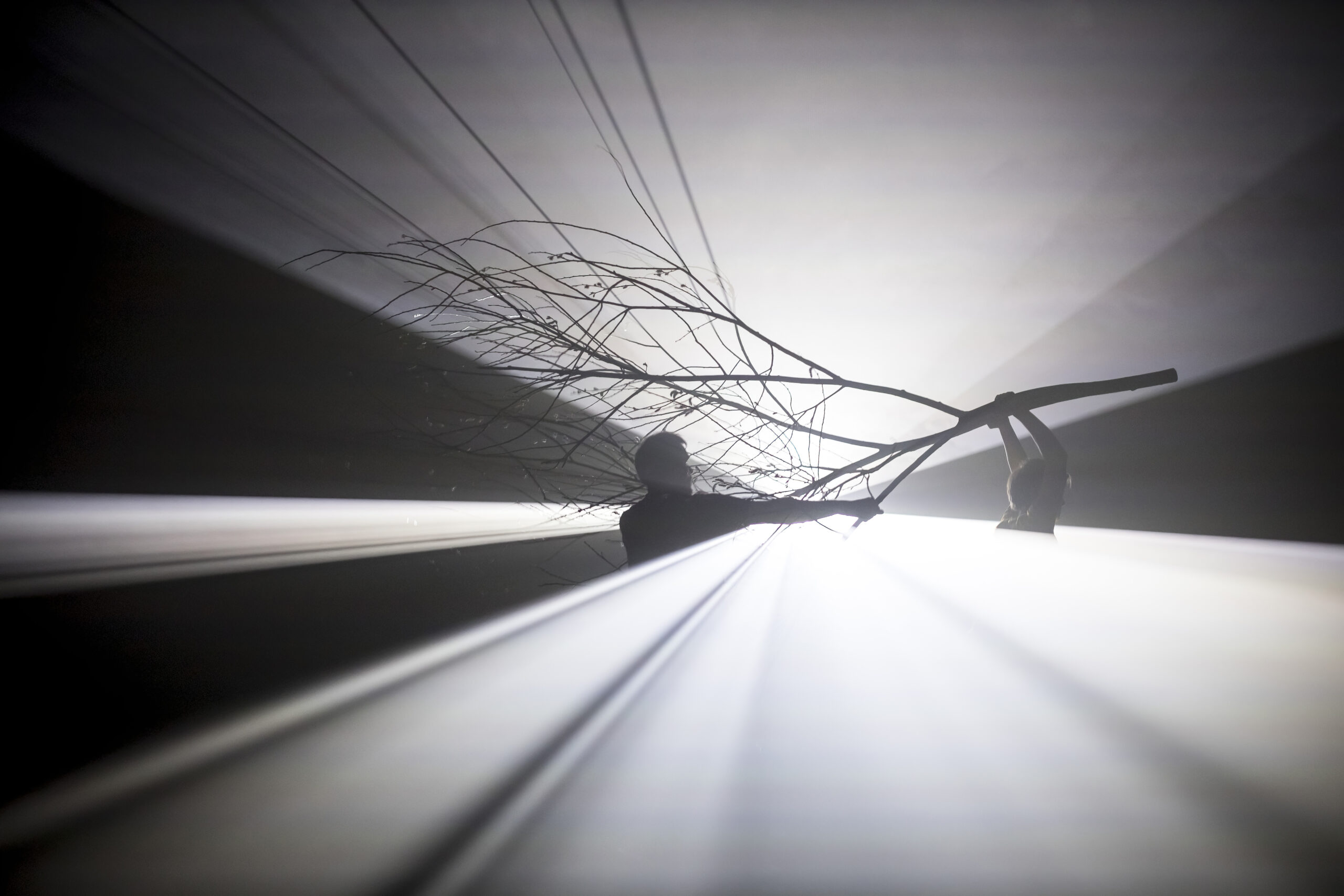 It would be hard to imagine a more iconic site in twentieth-century theatre than the barren tree of Beckett’s Godot. A witness to time, its vicissitudes and defeats. Choreographer and dancer Věra Ondrašíková casts the tree in a series of dance roles in which it changes not only its functions, but also its miraculous times. It is a witness to an atmospheric dance tribute to the miracle of nature.

In 2015, German forester and writer Peter Wohlleben published The Hidden Life of Trees: What They Feel, How They Communicate, which became an international best seller when translated into English, was named one of the Books of the Year 2016 by The New York Times, and was made into a successful documentary last year. Wohlleben, who contrasts the scientific findings with his years of forestry observation, argues »that trees are social, sentient beings, who talk to each other, feed and nurse their young, feel pain and have personalities«. »The only thing it cannot withstand,« he says of the spindly tree, »is a chainsaw«. In her performance Witness Věra Ondrašíková adapts a moment of human silence to these »good and great creatures that only speak when people fall silent«, creating a poetic choreographic work in which the bodies of people and trees share a story and in which the artist and her collaborators silently call for empathy towards the world that, after all, provides us with the basic conditions of life. In the face of the general ecocide we are currently witnessing in our global moment, the reflection on the treatment of »good and great beings« is a matter of social and political responsibility, which makes the protection of the borders of human states, territories, possessions and economies as obsolete and dangerous a concept as the borders between skin and bark.

Věra Ondrašíková studied choreography at the Academy of Performing Arts in Prague after high school and has won several national and international awards for her work, which has been presented in Lyon, London, Amsterdam, Dresden, Seoul, Washington, Miami, New York, etc.