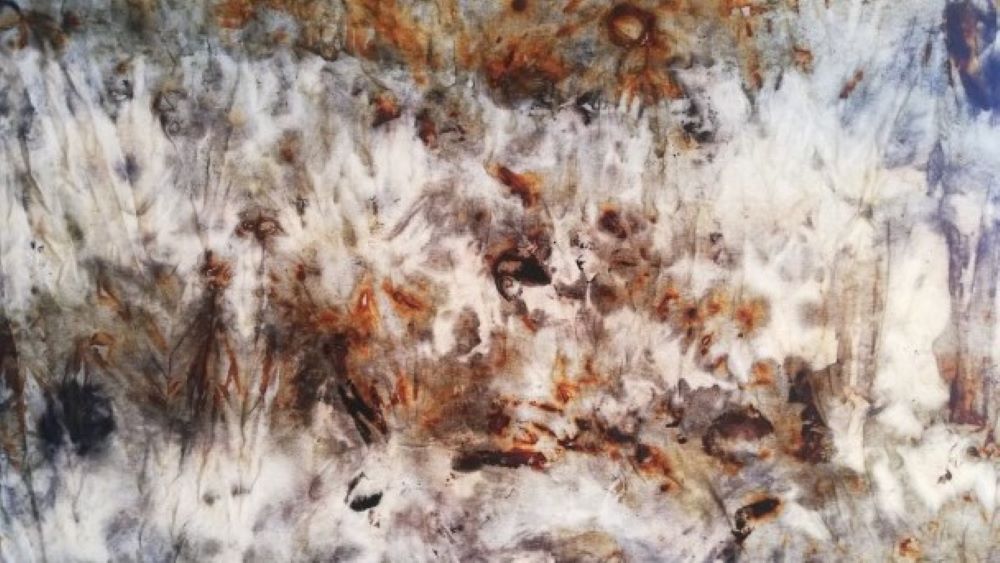 City of Women: The artistic collective of the Politics of Touch project: ERASED GAZES

In 1992, soon after Slovenia broke away from Yugoslavia, the administrative bodies of the Republic of Slovenia arbitrarily and illegally erased more than 25.000 people from the register of permanent residents. Because of this administrative genocide, the Erased became foreigners within their own country. They lost the right to work and went without health insurance. Many were deported or forced to leave Slovenia.

To protest the injustices caused by the Erasure, the Artistic collective of the Politics of Touch project created the Erased Gazes memorial canvas. The members of the collective, including women from many parts of the world who today call Ljubljana, Logatec and Zagreb their home, created the canvas in mixed-media at the Politics of Touch workshops, devised and run by selma banich. The workshops took place between July and December 2022 in Slovenia and Croatia.

On view until 10 December.