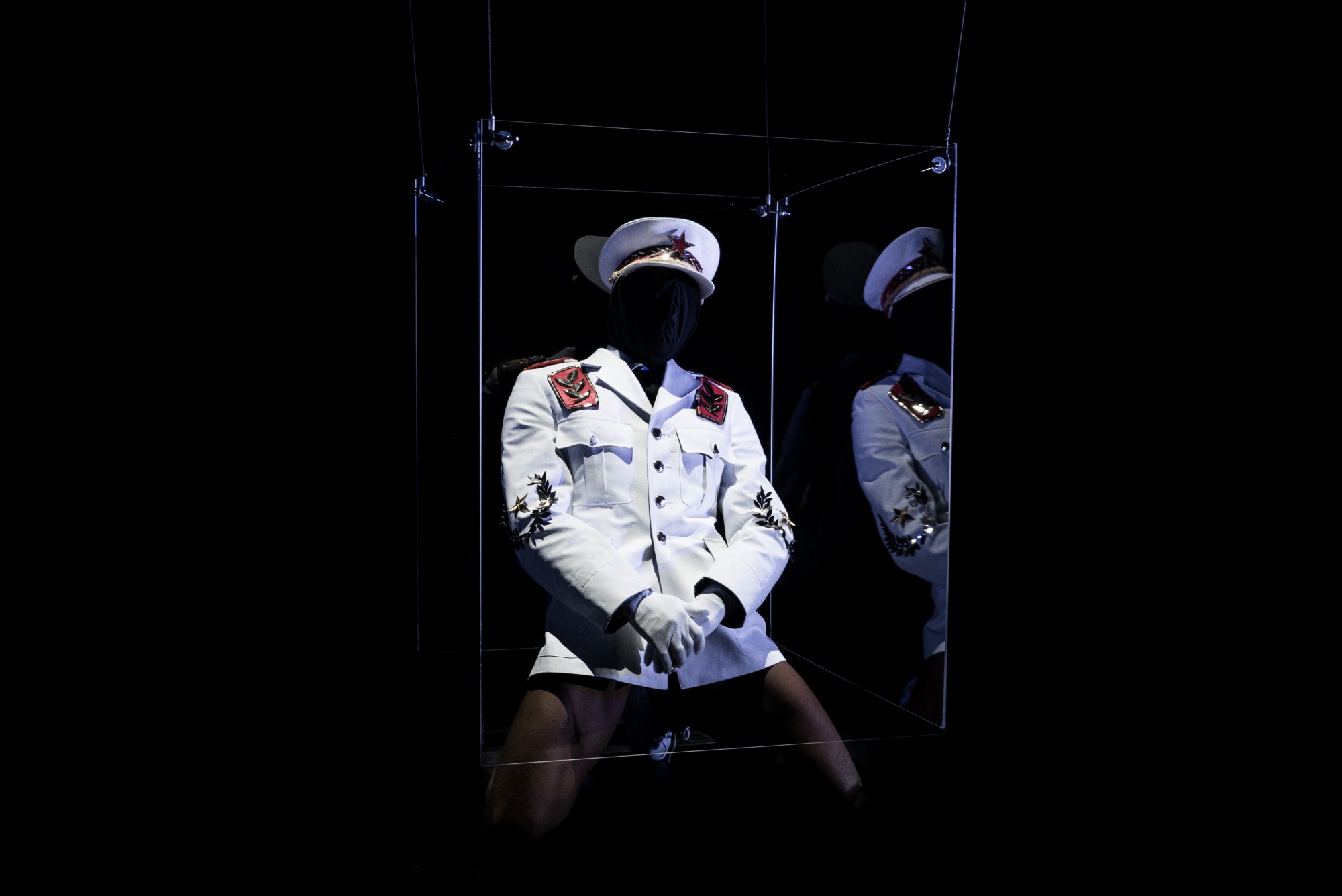 The dance theatre solo NAM – Non-Aligned Movement is the artist’s search for the black European identity and study of the codes of the black and queer body. Christian Guerematchi explores gender fluidity using movements and sounds from the African diaspora. The title is inspired by the 1960s movement of non-aligned countries that played a role in the independence struggles of the so-called third world countries. Josip Broz Tito, the president of Yugoslavia, was one of the founders of this movement. An important source of inspiration is the book Tito in Africa: Picturing Solidarity (2017), which describes Tito’s attempts to decolonise the world. Deriving from Tito’s Afrofuturistic utopia, Guerematchi uncovers the embodiment of cultural codes that were lost through space and time.

Guerematchi keeps changing his identity, but none of the roles seem to really suit him, his body seems to want to run away from the form in which his movements are cast. The double consciousness requires a perfect technical mastery of the dancer, who seems to get entangled in his physique yet he always gives us the feeling of being in control.

In Slovenian and English with English subtitles

Organisation: City of Women in co-operation with Monokel Club; support: Ministry of Culture, Municipality of Ljubljana.