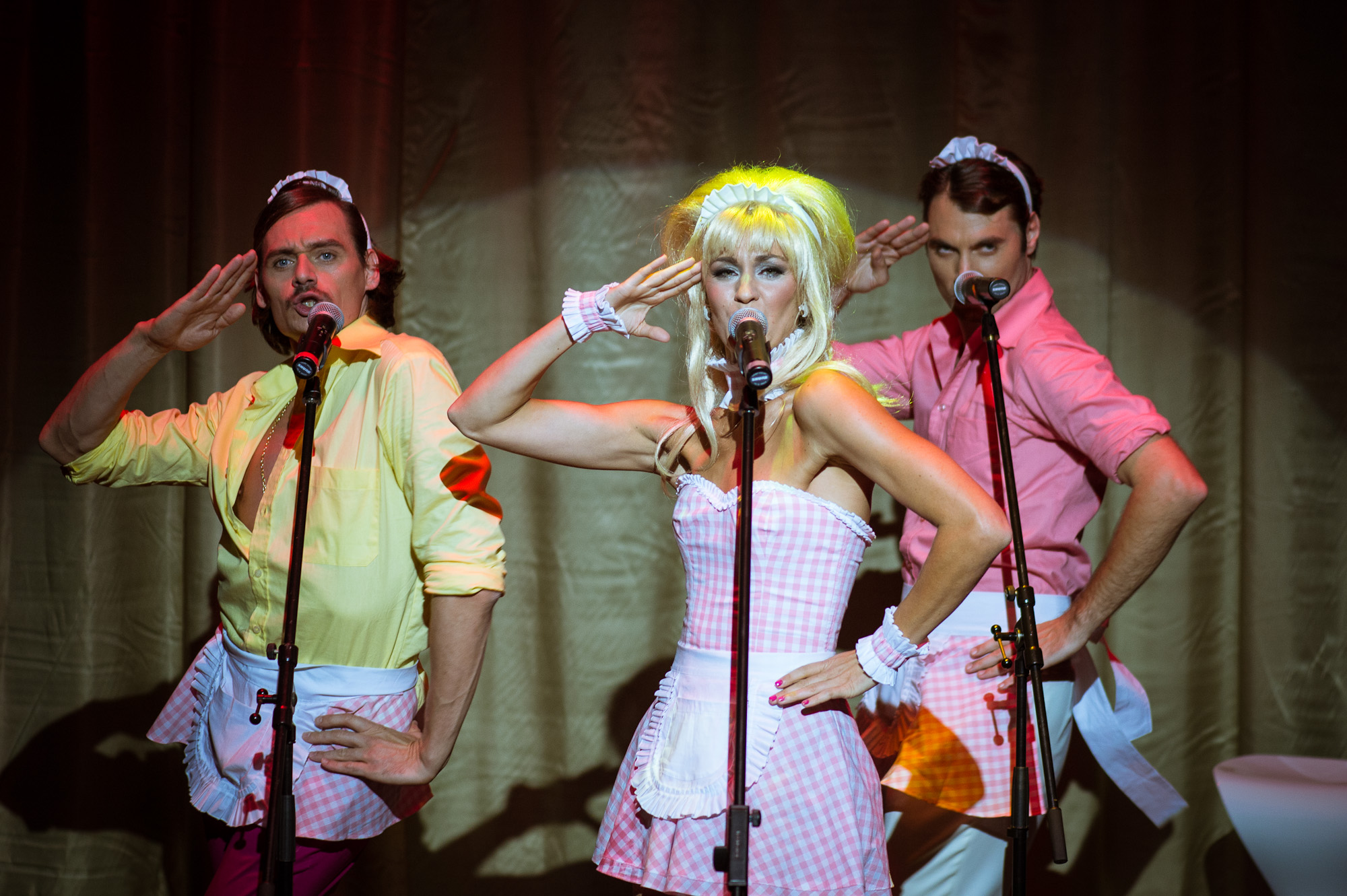 Beton Ltd.: Everything We’ve Lost While We’ve Gone On Living

You can use the HEARING LOOP at the event. Please switch your hearing aid to T-coil.

Beton Ltd., bold glamour and exquisite show; grandiose buildings and the time when anything is possible; is that merely a dream from the past? What were we born into and what kind of circumstances did we grow up in? What should we have done, but haven’t? What should we have contemplated, but haven’t? We have been neither rational nor responsible. Everything We’ve Lost. That’s because instead of thinking about results, we’ve been making performances. Just as if our entire life – while lived – was replaced by a false freedom, in which others get to say whether sometime in the near future we’ll turn into citizens at peace with the world, desperate individuals and/or migrants in a place far away.
The performance of Beton Ltd., titled Everything We’ve Lost While We’ve Gone on Living emanates from the absurd as portrayed by the current time and as developed by the French playwright of Romanian descent, Eugene Ionesco, in his work The Killer [fr. Tuer sans gages].By going back to the perception of reality as an increasingly fictive and imaginary landscape, a contemplative posture towards our own selves is invoked, about what we are like and about the constantly changing circumstances that surround us.

On the other hand, it is also about returning to the very basis of the theatrical and to the multitude of performing procedures, wrapped in the bitter-sweet combination of what was and of what is, of what was promised and of what was wasted and, first and foremost, of the lost time that has been passing by while a different kind of reality was being perceived than the one that actually took place.

From theatre reviews:
“This visual cocktail – brimming with hit tunes and catchy rhythms from back then (music by Janez Weiss and Jure Vlahovič), mirror balls, neon glow, champagne in abundance, eventfulness of debauchery and entertaining hysteria – is devised as a gala evening of some sort (set designed by son:DA, costumes by Mateja Benedetti). It is interactive in its nature and full of nostalgic zeal as all the three actors navigate between various identities in rapid alternation of the coordinates of this ‘paradise on Earth’; a paradise orchestrated in its revival and yet nevertheless real at one point in time.
While such reconstruction of plastic self-indulgence and “careless” socialism may completely take over some people in reminding them of a memory related to their intimate experience, it may on the other hand also offer a certain (partly documentary) insight to others with regard to a fragment of time that they’ve never lived in.” Zala Dobovšek, Delo