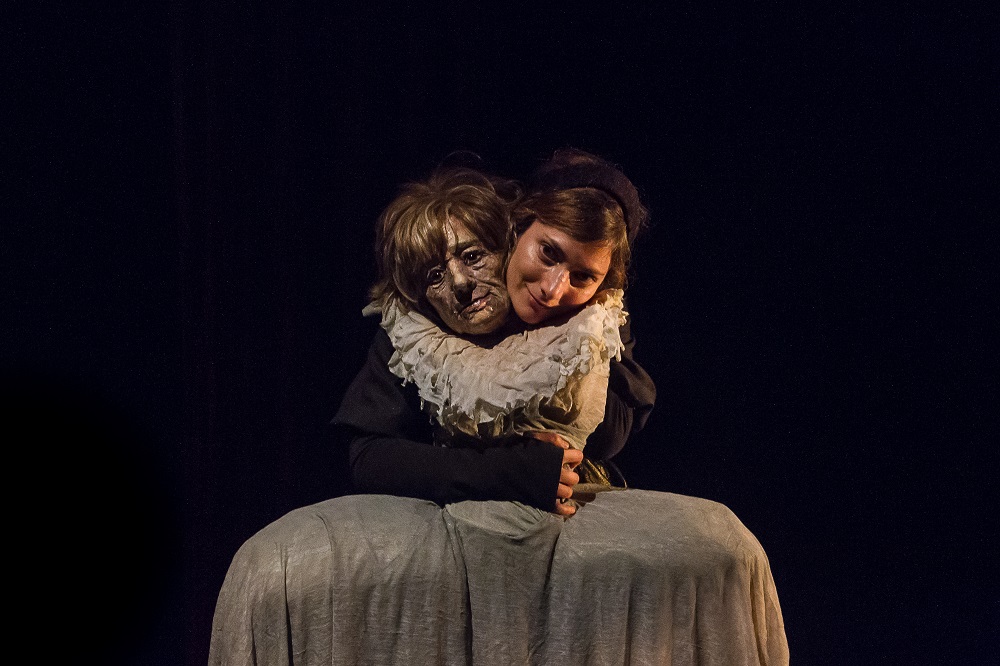 55 min, for adults (16+)
In Spanish with Slovenian surtitles

Although her memory is fading away, and she wonders about the meaning of her existence, she is determined to carry out the performance. She tries to follow the dialogues but gets lost in her memories of the times when she was still famous in the role of the young heroine Nina. She navigates between the past and the future, disappointments and hope, contemplating about the theatre, the stage fright, the fear of oblivion, the approaching retirement, the shadows of past loves. A sensitive, poetic, filigree story for one actress and one puppet with minimal elements (table, chair, curtain, stuffed seagull) draws an even greater tragedy of her acting decline, revealing to the audience the vulnerability of ageing and loneliness. A brilliant performance that makes time stop for a moment.

Chayka is an Ifo-ASBL production, supported by the National Foundation for Culture and Arts of the Republic of Chile

Chilean actress and stage director Tita Iacobelli and Belgo-Russian puppeteer Natacha Belova met in Santiago, Chile at the La Rebelión de los Muñecos festival, in 2012. In 2015, again in Santiago, they created a theatre laboratory, in which they experimented with modern puppet theatre. Chayka is the Belova-Iacobelli Company’s first creation, which they conceived in artistic residences in Buenos Aires, Santiago and Brussels. In 2018, this play was awarded three prizes by the Circle of Art Critics of Chile: Best Play, Best Stage Direction and Best Actress. In Belgium, the piece is nominated for the Critics’ Awards for 2020.