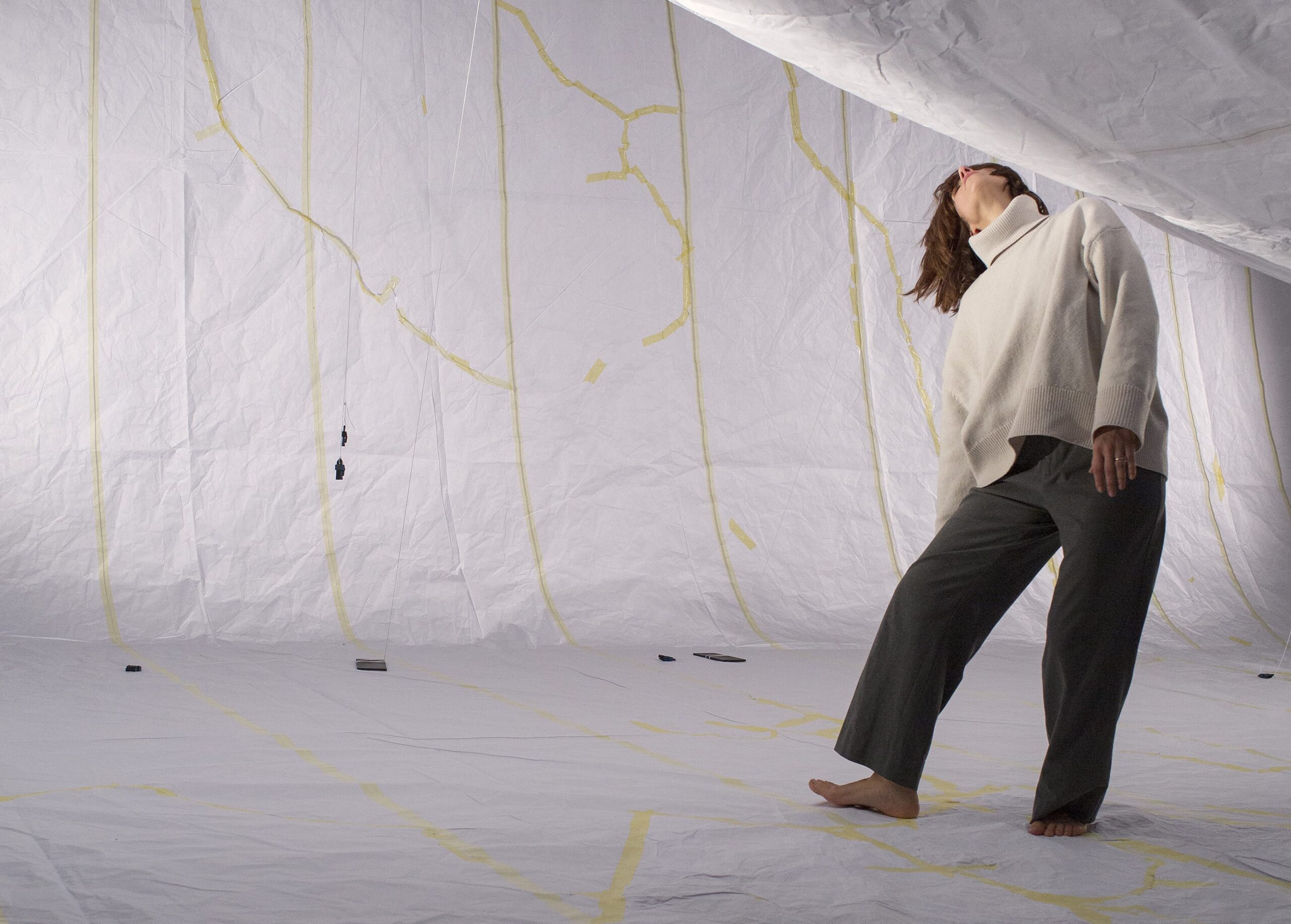 The Origami project uses the process of establishing/creating a visual arts situation in a performance context, and this is where the title of the event format – visual arts/performance study – comes from. By juxtaposing the movement of bodies, material and space, Origami strives toward a performance in which five performers use their movement and the coordination of their paths to develop and modulate the chosen material; spreading, bending, turning, folding, clamping and unfolding it. The duration and processuality of each phase of the changing sculpture offers a simple but elusive metaphor – everything changes and modulates, nothing is permanent, and yet in its fluidity, it also has small micro stops that provide a starting point for the next modulation. Duration is directly related to the movement of matter; the duration of surface establishment, folding, gluing, shaping.

Choreography is transformed into a territory for the emergence of artistic situations, as the primary functional role of the movement of bodies in this study is to bend the surface, while maintaining a certain ‘vulnerability’, liveliness and openness of the stage situation. On the other side, a choreography is established that is detached from this action, becoming an autonomous score through the relationship of the poetics of the body with space and sound.

The movement of bodies, materials, light and sound enters into various associative formations that appeal to the imagination of the spectators and open up space for associative stringing of impulses.