ABOUT THE OLD POWER STATION

Once a revolutionary power plant today shines again with new elements, thanks to the synergy of economics, heritage and politics. The Ljubljana city power station, a magnificent technical monument is one of the rare examples of industrial architecture, which is preserved in Slovenia. It has gone through numerous changes since 1898, when its construction began. It was modernized, upgraded and enlarged until the end of World War II, when the power station with its then obsolete technology, was replaced by a heating plant on the outskirts of the city.

Today, the building is a protected cultural, technical and historical monument. It is still owned by the company Elektro Ljubljana, which thoroughly renovated the structure on its centenary anniversary. Some artists “discovered” this interesting building during the 80’s and the 90’s and started to fill it with differing artistic components. Among the first artists to display their works at the Ljubljana Power Station were Ema Kugler, Matjaž Berger and Enrique Vargas, who used the power station as the venue for his performance through the medium of the Exodos Festival. The premises of the Ljubljana Power Station at the end of the 90’s, twice hosted the venue for the international performing arts festival Mladi levi.

The second renovation to the Ljubljana City Power Station or Old Power Station was commissioned by the Ministry of Culture of the Republic of Slovenia and supervised by the architect Matija Suhadolc, who also carried out the first renovation in 1998. Its hall, which was officially opened on August 21st, 2004, with the Mladi levi festival, is an excellent example of the co-operation between the fields of politics, economics, national heritage and culture. The Municipality of Ljubljana and The Ministry of Culture have reached an agreement with the company Elektro Ljubljana regarding the free rental of the building for the purposes of the performing arts. The artistic program is the responsibility of Bunker, which was chosen during a public tendering period. A certain section of the building is now the main hall, while a smaller section has been transformed into a museum, where visitors can still see a part of the chimney, turbines and some of the remaining, original instruments within the power station. 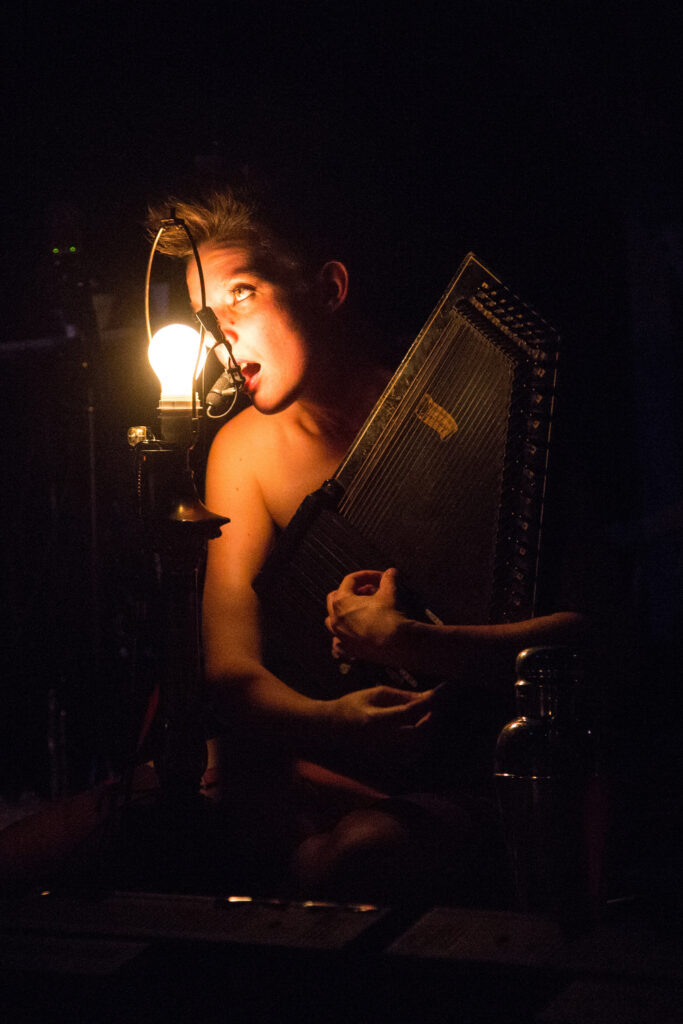 program in the power station

The current program in the power station is divided into three sections:

The Old Power Station is now buzzing with activities: several groups use it as their rehearsal venue; it is also a place for different workshops, which range from cultural management to dance techniques, while in the evening, the power station is frequently a venue for various performances and other multimedia events.

The Old Power Station is unique, as it is not an abandoned building: no less than a third of the city’s electricity is still produced there. It is a genuine example of the fusion of electric and artistic energy.

The Old Power Station is also a unique example in Ljubljana of a long and well-established international tradition in transforming attractive industrial structures into cultural centres.

In 2019 the Old Power Station celebrated 15 years and introduced some new features!

“On January 1st, 1898, the Slovene capital of Ljubljana shone with the electric light for the first time. This marked the beginning of the electrification era, of the implementation of everything new and modern. We can’t think of life without electricity today. Inventors developed new appliances, machines and modes of communication, which radically changed the conditions in the period of electrification.” Tadej Brate